Pests are a horrible thing to find in any home, as not only are they upsetting to any house-proud person but they also pose serious health and safety risks.

While there are a multitude of pests that can potentially infest your home, such as birds, insects or rodents, there are fewer vermin more villainous than the rat. Rats can carry germs such as salmonella and E. Coli, as well as transmitting diseases including tuberculosis, things that any sane person would want to keep their distance from. 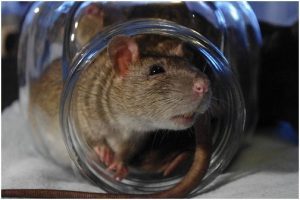 Rats are constantly searching for sources of food, warmth and shelter so they can find their way into drainpipes and designated waste disposal areas, and burrow into compost heaps. For this very reason rats are most commonly found in the garden, but even so their presence here is an issue as they can still spread disease and potentially enter your home.

Rat infestations could previously be controlled using traps or poison, but due to extensive poisoning some of these creatures have now developed immunity to standard rat poison pellets. This widely-available form of poison is now actually being eaten by the rats looking for food, and is helping them sustain themselves.

The Metro recently reported that there are an estimated 10.5 million rats in Britain that continue to breed rapidly, and 70% of the species are now resistant to the routinely used poisons in everyday pest controlling methods. This could therefore mean that the numbers of these vermin could potentially soar if the issue is not addressed.

It is thought that poison-resistant rats have been around for about 50 years, but they are now spreading through the southern counties of England.

Succeeding Over the ‘Super Rats’

The ability of these rats to overcome the effects of poison has led to the rise of a species coined the ‘super-rat’ – creatures that are resistant to traditional control methods and are multiplying and growing stronger because of it.

Several people across the Canada have claimed to the national press to have experienced rats of a giant size –some even claim to have seen rodents up to 2ft long, which has surprised even the most weathered pest control specialists.

Methods of exterminating such impervious and enormous vermin have had to be adjusted to include new traps and baiting methods. As households are unlikely to have access to other control methods other than the poison pellets that these pests are now immune to, it is advised that professional pest control assistance is sought in the event of an infestation.

Rat problems can initially be difficult to identify, as the animals are nocturnal which means you won’t often run into them during the day, but there are several signs to look out for that could mean rats have invaded your property.

The most obvious clues are droppings left by the rats and holes chewed through walls, doors or carpets which rats have eaten their way through.

Other signs are gnaw or bite marks; rat teeth continue to grow throughout their entire lives so they constantly gnaw on things to keep their teeth filed down, and will continue to do so in your home. As rats have very greasy fur you may sometimes be able to see smears or a build-up of grease where they have been.

Another sign that rats have entered your home is scratching – this can sometimes be passed off as floorboards creaking or water pipes groaning, but this could also be evidence of rats living within your wall cavities.

If you establish or even just suspect that you have a rat infestation in your home, it is incredibly important to seek a solution as soon as possible.